“Every Submarine Cable Project Is Unique” 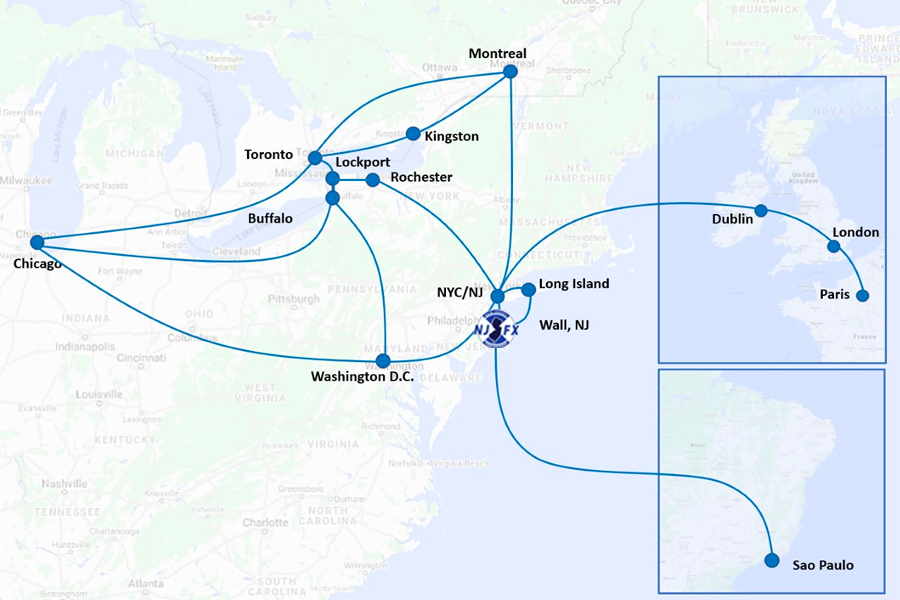 An interview with Michael Cunningham, CEO of Crosslake Fibre

Editor’s note: In recent years, submarine fiber optic cables have been appearing everywhere.  The industry is familiar with the large-scale OTT-sponsored cables being built around the world, but others are taking advantage of the advancement in submarine cable technology to put cables along routes that were never considered before.

One system that definitely falls into the latter category is a submarine cable system that entered service last year in Lake Ontario.  Built by Crosslake Fibre, the cable is, as far as SubCableWorld can determine, the longest fiber optic cable ever installed in a body of fresh water.

SCW recently had the pleasure to speak with Michael Cunningham, CEO of Crosslake Fibre, about the Lake Ontario project and the company’s plans for future systems.

The Lake Ontario cable entered service in October.  This is a 58-kilometer cable installed across the lake that forms part of a route between Buffalo and Toronto.  Now that the route is in service, we are looking to extend our network.  Early this year, we announced that we were have extended our backhaul capacity into Equinix’s TR2 International Business Exchange™ (IBX®) in Toronto and its NY4 IBX in Secaucus, New Jersey.  Our network also extends to the NJFX submarine cable landing station/data center complex in Wall, New Jersey, where we can connect to some of the international submarine cables landing there, such as the transatlantic cables and Seaborn’s Seabras-1 to South America.

Due to the relatively short distance across Lake Ontario, we were able to use non-repeatered cable with a high fiber count.  The submarine cable we used supplied by Hexatronic and has 192 fiber strands.  This gives us a design capacity in the thousands of terabits per second.

As the non-repeatered cable isn’t powered in the way that repeatered cables are, we didn’t need the traditional large cable landing station.  We were able to bring the submarine cable right into the network on either side of the lake.

Every submarine cable project is unique and presents a different set of challenges and the Lake Ontario build is no different.  In terms of a location and geography to install a cable, it’s definitely one where there is a comparatively benign environment, especially compared to the ocean conditions where most submarine fiber optic cables are laid.  In Lake Ontario, you have a lakebed that is relatively soft and easy to install a cable into.  You don’t have a lot of challenging geologic features.  It’s not the busiest place in the world and there’s not a lot of current.  The weather is not as extreme as you see in the ocean.  So it was a very good kind of place to install a cable.

We’re in the process of developing the cable project and to kick off the material work in the next month.  It’s a very similar design to the Lake Ontario cable.  It’s non-repeatered and has the same fiber count — 192.

The cable, however, will have to deal with much greater risk factors in the English Channel than in Lake Ontario.  It will have to deal with fisheries and avoid anchorage zones.  There is also the issue of unexploded ordnance (UXO).  That required a lot more study and a lot more planning.  We’ve done a UXO study and the survey will kick off in July.

We decided to go with 192 fibers in both the Lake Ontario and the UK-France cables.  We could have gone higher, but what we have to keep in mind is the repair, especially in the English Channel with the many threats that face cable there.  We have to assume that over the life of the system, repair will be a requirement.  We have to insure that we’ll be able to get the sea repair done quickly and that means that we can’t have too high a count – it just takes too long.  There are cables out there with fiber counts in the thousands of pairs and the repair plan for those is to just replace the cable.  That can be done on some very short links of only a few kilometers, but for the scale we need, that isn’t practical.

We also are working to develop two other cable systems.  One is the Wall-LI cable between the NJFX complex in Wall, New Jersey, and Long Island, where other transatlantic cables come in and there is a lot of infrastructure for international traffic.  Wall-LI will allow that traffic to bypass New York City.

The other project we’re looking at is back in Lake Ontario.  It’s called Maple Leaf Fibre and will have a submarine component running between Toronto and Kingston, followed by a terrestrial component to Montreal.  The submarine cable in this case will run more or less east-west in Lake Ontario, rather than north-south as was the case with the original Buffalo-Toronto cable.