Now More than Ever, We Need to Know How Our Networks Work 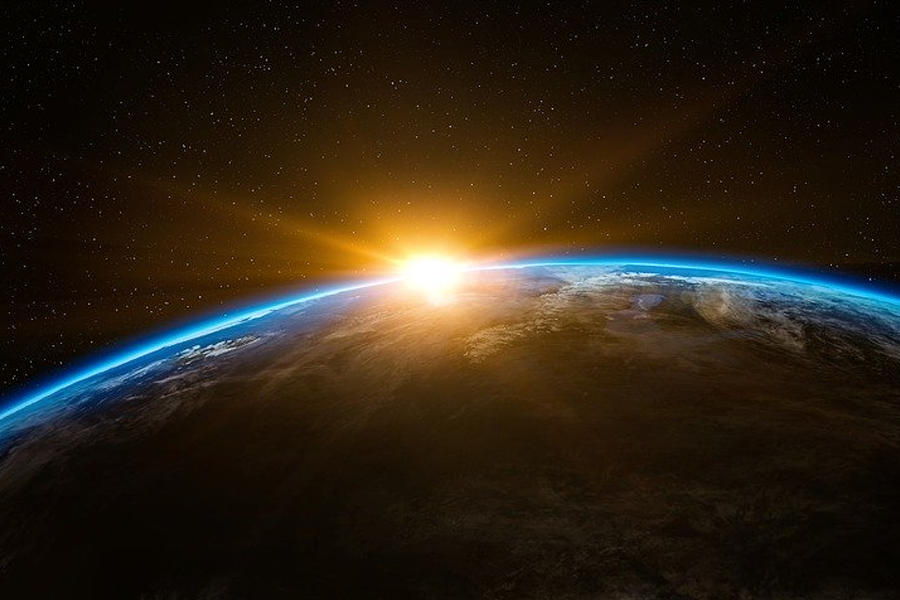 An interview with Gil Santaliz, NJFX CEO, conducted by SubCableWorld

Editor’s Note: Submarine cables are a critical infrastructure even during normal times, but as the world deals with the Coronavirus and COVID-19, the global submarine fiber optic cable network takes on an even greater importance.

As SubCableWorld has noted, the U.S. government has identified workers at submarine cable landing stations and cable depots, as well as cable ships crews, as essential during this crisis because making sure that global Internet traffic continues to flow is essential as well.

With this backdrop, we wanted to speak with Gil Santaliz, CEO of NJFX, which operates a combined cable landing/colocation campus in Wall, New Jersey.  We wanted to get his views on how the pandemic is impacting his company, especially given its proximity to New York State, which has been hard hit by COVID-19, and New York City, with its massive telecom market, as well as the broader questions of disaster recovery and the activity level of the industry.  The following are his comments:

Mr. Santaliz: NJFX is still working in this time of crisis.  We’re not on lockdown, we’re installing customers every day.  In fact, there are three major installations going on right now [at the time of the interview].  We’re at Stage Yellow, as we call it.  We’re monitoring the movement of people more closely.

Inside, what we’ve done is taken extra precautions to separate employees from vendors coming into the building — separate bathrooms, run temperature checks for people coming in, filling out forms explaining that you’ve not been exposed to anyone with COVID-19.  We’ve taken lots of precautions.  We got lucky because the building was designed in such a way that you don’t touch anything when you come in — it’s all card keys with automatic faucets, soap dispensers, hand dryers, etc.  I’m not going to say it was done on purpose, but we’re lucky that there are not a lot of surfaces that you touch at NJFX, so everyone goes straight to their space and when you finish your work, you leave the building.

What we’re seeing during this pandemic is that every multinational organization has put in place their disaster recovery (DR) plans.  Their employees are working either from their homes or are being asked to go to their DR sites.  They’re creating quadrants of employees; basically telling them who goes where and we’re seeing this at NJFX.  We’re seeing traffic being re-routed.  How do I get that DR site the kind of IP it needs?  Remember, those sites really were meant to be a place to work from for two or three days, not three or four months.

In the 1990s, companies like Comdisco existed and they were the places that people could go to for a day or two.  Hurricane Sandy taught us that this could last for a long time and that was eye-opening – wow, it lasted two weeks.  And now the game plan is “where do I go for the next three months?”  You have to re-route traffic and it has to be working from the DR sites.  Or, if you have your employees at home, did you ever plan for your New York employees to interact with your Frankfurt and London offices, but they’re all going to be at home?  It still needs to be secure.  It still needs to go through a centralized data center on both sides of the pond.  Again, all of the employees have to get into those data centers and then go across the cables between Europe and the United States.

Did they know how their networks were orchestrated so they could change them?  If you have an international or domestic issue, but you don’t know how your network works or you don’t know which  cable your traffic uses, you really can’t make decisions on re-orchestrating what you have.  Now more than ever, we need to know how our networks work.  You know you have cable diversity terrestrially and you know you have cable diversity at the subsea level, but if New York City will be suffering potential issues for a period of time and you have to re-route your traffic, what do you do?  Do you know who to call and that they are going to do it?  Hopefully, you will because someone thought “I may need to do this someday” and put it into the agreements and built it into the infrastructure so that it could be done dynamically or by dialing in because guess what, I can’t travel to NYC anymore.  I’m not allowed to go in and move things around.  I can’t coordinate the way I did before.  So your plan had to think that through – that people can’t move around easily any longer.

Unfortunately, things are not going to get better.  Are you ready to lose a major PoP and if you do, can the other PoPs take over?  The example that keeps coming up is NYC.  It survived 9/11 and back then we were all focused on it.  We said we can never let that happen again.  So, many of the data centers went to New Jersey.  Then Hurricane Sandy happened and we said we have to make sure we have alternate sites and alternate ways to do things.  But they left all of the international communications — the subsea systems and backhaul — in NYC.  The data was sitting outside NYC, but all the important interconnection points for the global networks were left in Lower Manhattan.  Now, once again we have a major issue where getting to Lower Manhattan is a problem and the legacy subsea systems, the ones built between 1999 and 2004, are still handing off 85% of their traffic through Lower Manhattan.

We have several customers that have been quick on their feet.  For example, Aqua Comms has a wholesale model only, as opposed to others. The benefits of that is that if you sign a contract with three or four national providers that come into NJFX, then you can have thousands of customers running across the Havfrue transatlantic system in a couple of days.  They have the MSA paperwork with everyone, they have the backhaul – it’s all in place.

We also have a customer, Bulk Infrastructure, who has large customers via a spectrum ownership model.  They turn up those customers and they’re up and running in just a matter of days because of the scale of their operations.  Bulk has been public about Amazon Web Services being their customer and Aqua Comms is the landing party for its partners, such as Facebook and Google on the Havfrue system, and can also turn their capacity on immediately.

Migrating customers from one cable system to the next requires lots of planning.  TAT-14 will be retired at the end of the year, so everyone is planning on moving their capacity over.  The natural cable that they’d move it to is Havfrue/AEC-2, because it lands in the same place in Denmark so you can use the backhaul and your existing systems.  All you have to do is take your couple of hundred Gigabits and find a home on Havfrue through Aqua Comms or Bulk and off you go.

The other cables that land at NJFX are TGN-1 and TGN-2.  They were built by TyCom back in 2004.  They have thousands of customers and Terabits of capacity, but it’s no secret that most of that capacity goes through NYC.  Seabras-1, a Seaborn cable of which TI Sparkle owns half of the fibers, runs to Brazil non-stop bypassing the hurricane activity in the Caribbean, but they too initially had all their traffic going to NYC.  Now, they’re handing off traffic at NJFX, rightfully so, because we have a community of carriers that can buy from there.  As mentioned, we also have the Havfrue cable that is going RFS soon.  They have their gear ready to go at NJFX so they can offload customers by working with their carrier community.

Meanwhile, NJFX is prepared and working through this crisis and helping our carrier and subsea clients augment network architectures where needed.  We’re still active, still working, nothing has changed.  We’re just monitoring more closely across every level.

Also published in Ocean New’s and Technology’s May 2020 Edition!