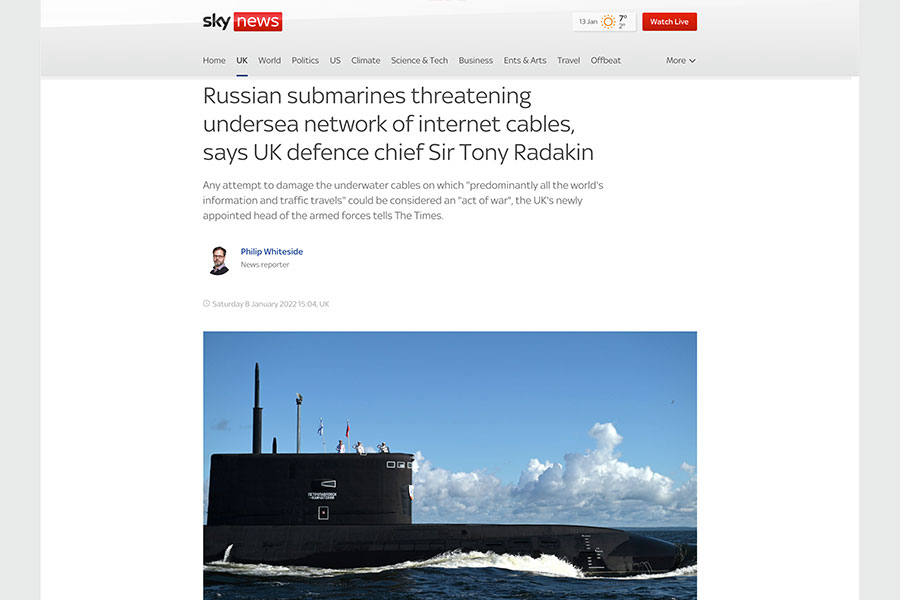 Any attempt to damage the underwater cables on which “predominantly all the world’s information and traffic travels” could be considered an “act of war”, the UK’s newly appointed head of the armed forces tells The Times.

The head of Britain’s armed forces is warning Russian submarines are threatening a crucial network of underwater cables that carry information around the world.

Admiral Sir Tony Radakin, who was appointed chief of the defence staff in October, said the undersea cables that transmit internet data are “the world’s real information system”.

Any attempt to damage them could be considered an “act of war”, he added.

Sir Tony – a former head of the Royal Navy – told The Times newspaper there had been a “phenomenal increase in Russian submarine and underwater activity” in the last 20 years.

It meant Moscow could “put at risk and potentially exploit the world’s real information system, which is undersea cables that go all around the world”.