There Is a Greater Good Involved 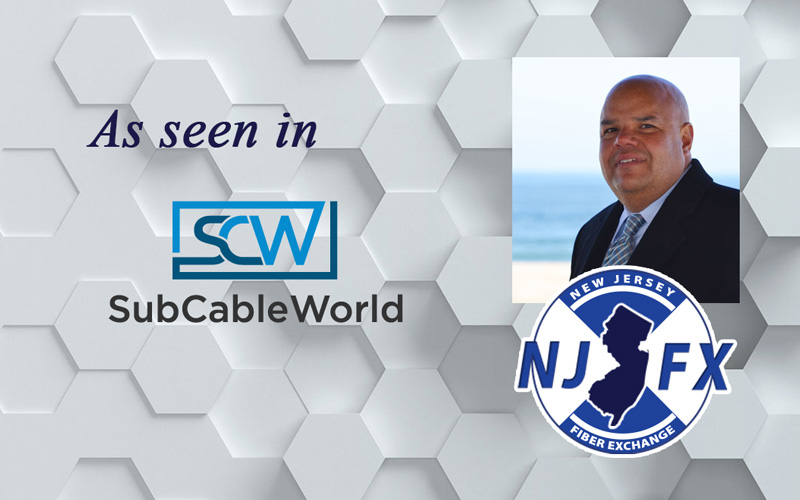 Editor’s Note: NJFX CEO Gil Santaliz is one of the most colorful people in the submarine cable industry.  During ITW, SubCableWorld had the pleasure to sit down and speak with him about a wide range of topics, including a number of recent announcements regarding the North Atlantic market and Mr. Santaliz’s views on working to benefit society.  His comments are below.

Mr. Santaliz: This is an exciting time for our company and the industry in general.  NJFX made a major announcement last week and there were several made here at ITW that involve companies we work with.

Our announcement was that a Point of Presence (PoP) has been established at our submarine cable landing station and data center campus by Neutrona Networks, which has an extensive network throughout Latin America.

What Neutrona brings to the table is 15 years of experience in knowing how Latin America really works.  The average US-Latin America provider doesn’t know the intricacies of all the capillarity and all the little guys that you have to pull together to make Latin America work.  What Neutrona has done is taken that expertise in the marketplace and brought it to the US in a platform that you can plug in and get all that infrastructure — point and click.

Neutrona’s SDN platform in Latin America makes it a lot easier for the carriers to be able to navigate without having to figure out what’s down there and how it works.  Just like in the US, no one wants to hear that their network went down because their manhole caught fire and they thought they had four carriers, but it turns out they’re all in the same manhole.  What Neutrona has done is figured out the countries and manholes and beach landings and pulled it all together.  The biggest US carriers depend on Neutrona to get it right.  Now, Neutrona is making that available to the multinational enterprise.  For example, for a large enterprise that has 12 countries that it needs to reach in Latin America, Neutrona will give you one price for 12 countries.

Another major announcement involves Aqua Comms and the AEC-2 transatlantic cable.  AEC-2 is Aqua Comms’ branding of fiber pairs of the Havfrue cable system.  Aqua Comms also announced that it would connect AEC-2 to the Interxion data center in Denmark.

Think about what Nigel Bayliff has accomplished at Aqua Comms.  He is a great success story in that he repositioned his company in the industry and went from AEC-1, to AEC- 2 and next up is a North Atlantic- US loop. He created a solution that the industry was looking for, with diversity yet consistency in how they operate.

Aqua Comms doesn’t compete with its customers.  They’re not leaving the NJFX cable station.  They say to their customers “You can pick it up here, sell to all your customers, and buy it by the drink, not the firehose.  What would you like to have?  There is plenty of capacity as your needs and requirements change.”

Remember, Aqua Comms also has existing customers on the other systems.  They’re now offering everyone optionality. They’ll attract a whole new set of customers that wouldn’t have bought before because they didn’t have that second loop connection.  So, the loop really provides a good resiliency for that service.

Another announcement was made by Bulk Infrastructure, one of Aqua Comms’ partners in the Havfrue system.  Bulk announced the Nordic Gateway at ITW, an on-ramp solution accessing fiber networks that unlocks the Nordic region’s sustainable natural resources.  They are unique because Peder Naerboe, Bulk’s owner and chairman, now has a higher cause – to see the world embrace renewable energy, which Norway can do.  What Norway is missing is the access to global networks.  Naerboe’s passion is to make Norway a connected point and if you combine that with what Aqua Comms is now doing, they’re both pulling the same wagon for the country of Norway.

Bulk had a launch event recently announcing that its on-ramp for Europe is at NJFX.  Carriers can access the Havfrue cable system there and can take you to either Ireland, Denmark or Norway. Bulk is embracing the natural resources of Norway – renewable energy. And they’re partnering with folks that can make that happen, get Norway more interconnected and have the assets to make Norway the center of hyperscale cloud infrastructure.

Bulk Infrastructure is just getting started.  They’re looking to do more projects and get involved in more partnerships.  I think you’ll see a lot of news this year from Bulk regarding how they will approach connectivity between Europe and the US.  You’ll see partnerships that you never thought of before.

There are important developments going on in the US as well.  At NJFX, we are very aware that the data centers are no longer where the people are.  25 years ago, New York City led the US in data center space.  Back then, data centers were in office buildings and in closets.  “Where’s your data center?  Well, it’s down the hallway or in the basement.  I’ve got 20 servers in there and the AC is humming.”

What the subsea guys are starting to realize is that the infrastructure can’t support it. There are various groups talking about a project using the ocean along the East Coast to get up and down the coast because the cost and the right of way issues in the US are insurmountable.  It’s either a railroad or a highway, and it’s not cheap either way.  The days of a network not being available is no longer an option for any industry, so customers need to find alternative routes.

The industry I think about the most is the banking industry.  They’re in the business of trust and provide us with much needed liquidity.  The banks are finding themselves in an awkward position in that the network was never their core competency, but nowadays they have to be very, very good at this.  Now, they need to know how their network works.  The next wave of OTTs could be banks.  They can’t afford to be left behind.  I’m sure we will see more on this front in the year ahead. Facebook has come out with its new currency, the Libra.  It starts out with a 2-billion customer potential.  There’s no bank out there with a 2-billion customer potential and the brand recognition that Facebook has.  And it’s just a transaction.

Another thing you’re seeing in this industry is a focus on the benefit of society as a whole.  There is a phrase at NJFX that we’ve embraced: “Socially Responsible Capitalism.”  We all want to make a return on our investments.  We want to make our investors feel good about their choices, but at the same time there is a greater good.  You can’t just do things to make a dollar and leave the environment a mess or destroy a generation.  Our industry is in a position to effect generations to come, depending on what part of the industry you’re in.  Think about some of the larger OTTs, how they can affect a generation.  There is a greater good involved here and I think we’re all starting to understand that we have a big role in all of this.