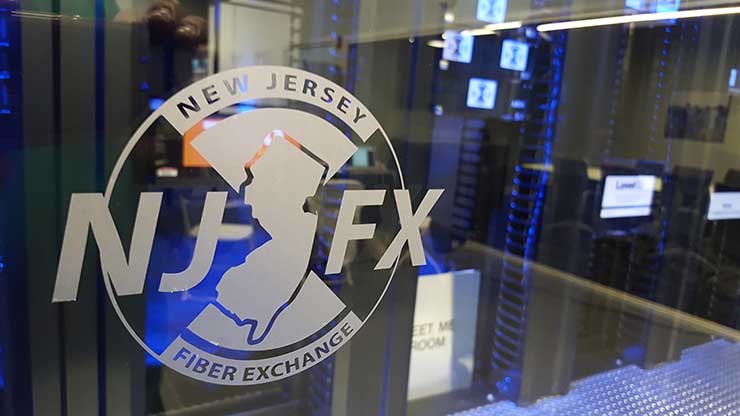 Can New Jersey re-establish itself as a major player on the U.S. data center scene? Gil Santaliz believes it can, if the Garden State can follow the lead of at least 27 other states and offer tax incentives for the data center industry.

Santaliz, the founder and CEO of the NJFX data campus in Wall, N.J., says he has been in discussions with state officials about the merits of data center incentives, and is hopeful that the dialogue will lead to legislation.

“We’ve met with the governor and leaders in the legislature,” said Santaliz. “Twenty years ago, New Jersey probably led the country and data center space, but we haven’t moved the needle at all in 20 years.”

New Jersey was once a hotbed of data center activity, with thriving markets for colocation and financial data centers. The state maintains a substantial and strategically important data center community, but the hottest leasing action has shifted elsewhere, primarily to Northern Virginia.

“We are helping the state of New Jersey evaluate the opportunities,” said Santaliz. “There is a bill being looked at, and it looks very similar to the broad strokes of what you see in Virginia.”

Northern Virginia is the world’s largest data center market, has experienced unprecedented growth amid the shift to cloud computing. At more than 1 gigawatt of data center capacity, it is twice the size of any other market in the United States.

In Virginia, most data center facilities are exempt from state sales and use taxes, so long as they spend at least $150 million and create between 25-50 new jobs in the area. Those tax breaks are good through 2035, providing long-term visibility into operating costs for data center operators.

“If we get a package like that, we’re back in business again as a state,” said Santaliz. “Data centers create no burden on the school’s fire district or roads. It’s just tax revenue on the real estate side, without all the people. The labor unions love data centers. They’re good for electricians and construction.”

“I think data centers will only go where they’re welcome.”
Gil Santaliz, CEO of NJFX

The outreach from the data center sector comes as New Jersey Gov. Phil Murphy is seeking to revamp the state’s approach to economic incentives for business. The state Economic Development Authority (EDA) has awarded more than $11 billion in tax breaks to corporations since 2005, but Murphy says applicants have been poorly vetted and the programs have failed to deliver for New Jersey residents.

Connectivity is mission-critical to hybrid IT. Hybrid IT is more distributed, diverse and dependent on connectivity than ever. This report from Cyxtera and 451 Research provides a state of the interconnect industry to help enterprises and investors understand how interconnection is evolving, particularly when it comes to providing direct, private connectivity to clouds and SaaS providers.

“The return on investment the state achieves through these programs is unacceptable, and the ability for well-connected interests to exploit the many loopholes of the programs is shameful,” the Democratic governor said in 2019.

The Murphy administration is expected to overhaul the state’s business incentive programs later this spring, after receiving a final report from a task force on the issue. That could provide a window of opportunity for the data center industry.

At least 27 states now use economic incentives to attract data center projects, yearning to land deals with Facebook, Google, Apple, Amazon or Microsoft that would signal their transition to the new digital economy. In some areas, incentives for data centers have become a hot button issue, with taxpayers and legislators questioning the value of perks for giant tech companies

The math behind data centers is focused on tax revenue, rather than the traditional economic development benchmark of job creation.  That’s because data centers involve huge capital investment, but are highly-automated and typically create between 25 and 50 full-time positions.

But the economic development power of data centers has been showcased by a revenue windfall in Virginia’s Loudoun County, home to a large cloud cluster in Ashburn. County officials expect the direct tax revenue from the data center industry will exceed $320 million in the current fiscal year – nearly double the projections from 2018.

That cloud building boom enabled the county to adopt a 2019 budget featuring reduced property taxes, a $76 million increase in funding for county schools, and the addition of 204 new positions in county government.

Experiences vary by region and city, but there is a growing body of data affirming the impact of data centers in revenue and jobs for local economies. In an environment where many local jurisdictions struggle to balance their budgets, Virginia’s success illustrates the potential for data centers to be compelling engines of prosperity.

There is also recent evidence that incentives can make an impact. The state of Illinois recently passed data center incentives, hoping to offset a slowdown in data center leasing in the state.  The move has seen immediate benefits in expansion announcements from T5 Data Centers and Microsoft.

The New Jersey data center market is home to about 2.1 million square feet of  data center space, according to research from datacenterHawk. With a vacancy rate hovering between 15 and 20 percent in recent years, New Jersey has more unfilled space than many leading data center markets, reflecting lower demand.

In the 1990s, New Jersey benefited from its proximity to New York, with many financial service providers shifting their IT workloads to facilities across the river. That trend gained pace after the 9-11 terror attacks, as financial regulators cracked down on key financial players that had both production and backup data centers in the five boroughs.

All of these market drivers took a hit in the financial crisis of 2008-2009, as Wall Street retrenched and has had a less robust appetite for data center space ever since. That led to a surplus of space in 2011-12, from which the NJ market has been slowly recovering.

In recent years there has been a modest uptick in demand, with Iron Mountain, CyrusOne and QTS Data Centers entering the market. Last year saw a significant uptick in leasing of wholesale data center space, paced by an expansion by Bloomberg at several sites in Central New Jersey. “New Jersey achieved a large increase of more than 10 MW in leasing by financial firms,” said North American Data Centers in a market analysis released this week.

But New Jersey has largely missed the cloud computing boom, as large deals have sought states where it is cheaper to do business. Northern Virginia had a record 270 megawatts of leasing in 2018, or more than 20 times the volume of New Jersey’s leasing.

One issue is the price of electricity. Power in New Jersey is significantly cheaper than New York, which helped attract customers moving out of Manhattan. But in recent years NJ has lost out to East Coast states with even cheaper power, including Virginia, North Carolina and Georgia.

Santaliz believes the best way for New Jersey to gain traction is with tax incentives. “New Jersey is plagued with high taxes,” said Santaliz. This is a way to combat that.”

NJFX is one of the largest recent data center construction projects in New Jersey. In 2016 it opened 64,000 square foot Tier III data center built next to a cable landing station in Wall Township operated by Tata Communications. Santaliz believes the subsea cables offer a focal point for future development. NJFX has additional land and power capacity for large hyperscale data centers – a lucrative sector that is often wooed through tax incentives.

“We’ve got critical mass in undersea cables,” said Santaliz. “We’re one mile from the ocean, but 64 feet above sea level. You can’t get that anywhere else on the East Coast. We’re positioned between New York and Ashburn. We couldn’t be better located

“I think data centers in the United States will only go to states where they’re welcome,” he added. “New Jersey is not as expensive as New York, and not as cheap as Ashburn. But with the right incentives, we could find ourselves looking just like Ashburn, only with better weather and the subsea cables already in place.”