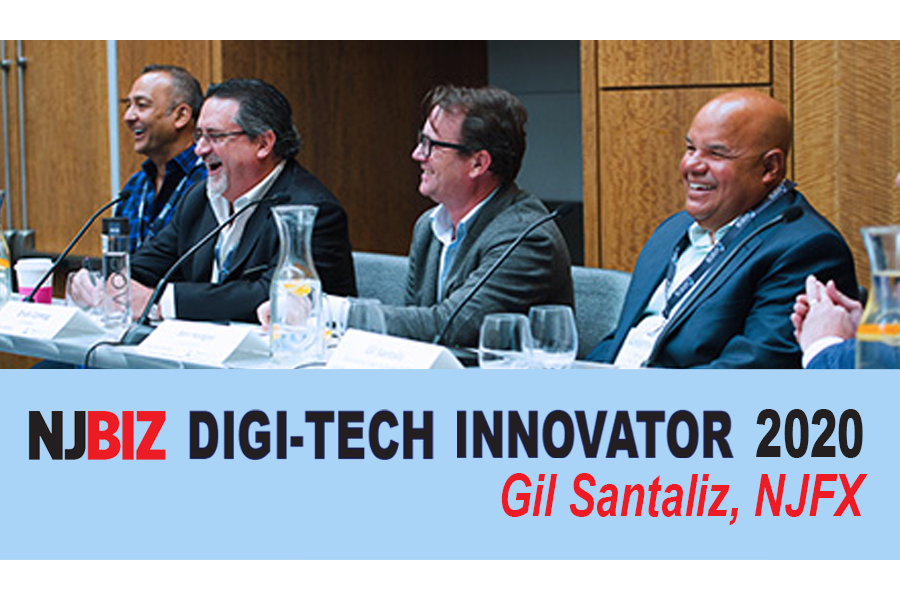 Recognized as a Pioneer in the New Jersey Digital & Tech Landscape

Gil Santaliz, the visionary and CEO behind NJFX, has been honored by NJBIZ as part of its NJ Digi-Tech Innovators for 2020. NJBIZ recognizes leaders and executives as pioneers from New Jersey who have, and are, introducing significant advances in the technological and digital space at their organizations, and therefore enhancing the overall productivity and performance of their companies.

Santaliz’ innovative approach to thinking outside traditional telecom partnerships and network architecture, led him to establish NJFX’s unique offering. When he realized New York was a highly concentrated hotspot for internet landing points, he started re-imaging a hub of connectivity outside of the congestion of New York. His knowledge of internet infrastructure and its limitations led to NJFX – a place where the internet lands, lives and connects the world.

“As a veteran of the telecom industry, I realized there was a flaw 20 years ago when the infrastructure of the internet age was first installed,” comments Santaliz. “All of the data was centered in NYC. Establishing NJFX allowed New Jersey to showcase how our state could become the digital gateway along our existing coast for easy access to subsea cable landings and also provide terrestrial access for carriers, content providers, enterprises and other large capacity organizations to reach the rest of North America.”

For the future, Santaliz predicts 5G and IoT will accelerate machine to machine transactions and need for reliable global connectivity. NJFX will be one of only five locations on the U.S. East Coast where data will traverse and be one of the most robust ecosystems to support North American physical networks.