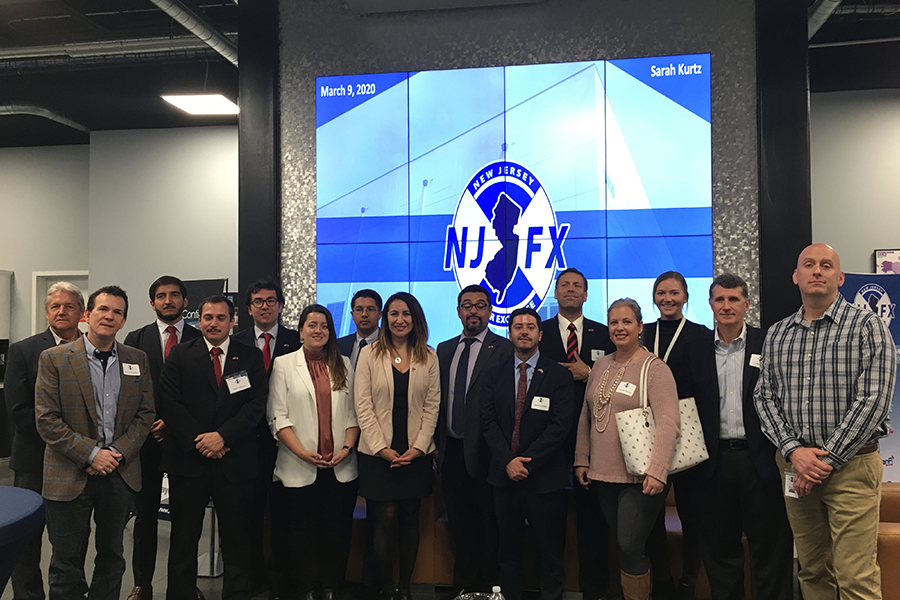 NJFX’s CLS campus is serving as an international model for subsea connectivity. A delegation of officials from the South American countries of Chile and Ecuador visited the campus earlier this year to learn more about achieving an optimal model of interconnection for future projects. The delegation visited the campus before the COVID-19 crisis in the U.S., and since NJFX is a designated critical infrastructure site, we quickly became even busier – implementing emergency response plans, enacting additional safety measures, helping our clients augment their capacity and offering free cross-connects so that clients can deploy diversity within their networks. As we reflect on the past month, we think it’s time to share a positive side of why we engineered and designed the NJFX CLS campus in the way we did and how it has become an example for other countries. All of this, in the spirit of building resilient ecosystems that our entire industry can use for collaboration, advancement and innovation.

Considered a reverse trade mission, the visit was part of a delegation to the United States facilitated by the U.S. Trade and Development Agency. The mission was in large part a feasibility study for a planned project to connect the west coast of South America to Asia via subsea cable. This project has been dubbed the “Asia South America Digital Gateway”.

The goals include assisting Chilean and Ecuadorian government decision-makers to better grasp considerations such as best practices and factors to consider when selecting telecommunications service and technology providers. The added benefit for the U.S. is positioning American providers in these markets for new projects. NJFX was chosen as a facility to highlight by the organizers of the trade delegation because of its strategic location and proximity to New York City.

Mike Sauer, VP Americas Partner & Federal for Aqua Comms met with the group and discussed why Aqua Comms made the choice to land its Havfrue/AEC-2 subsea cable for its partners, such as Facebook and Google at NJFX. John Hayduk, formerly COO for Tata Communications, now a partner of NJFX, also presented and met with the delegation.

“We are pleased to know that NJFX is being looked at as an industry standard when it comes to an interconnected CLS campus. Our location just outside of congested New York, but still within 60 miles of one of the most active telecommunications hubs in the world, is crucial to our day-to-day operations,” commented Sarah Kurtz, NJFX’s Business Development Manager. “Members of the delegation were most interested in facility operations, as well as security and backup power systems.”

Delegation member Natalia López is the Head of the Telecommunications Development Fund Division for the government of Chile, working to drive initiatives to improve the Chile’s telecommunications infrastructure. She is leading the Asia South America Digital Gateway Project.

LATAM is a growing market for connectivity. NJFX’s team is highly engaged and invested in the growth throughout Central/South America. The NJFX team also met with other industry leaders at Capacity LATAM 2020 to discuss the latest trends and challenges for the region – as showcased on conference panels including:

NJFX continues to drive innovation and help its carriers and subsea provider clients build their networks with maximum diversity at both the terrestrial and subsea level, avoiding traditional bottlenecks and highly congested areas such as NYC metro and Miami. For more information, visit www.njfx.net.

PrevPreviousNow More than Ever, We Need to Know How Our Networks Work
NextNJFX Welcomes A Top Five Global Network, Cogent Communications, to Its Cable Landing Station CampusNext