The New Age CLS: Prepared for the Unexpected 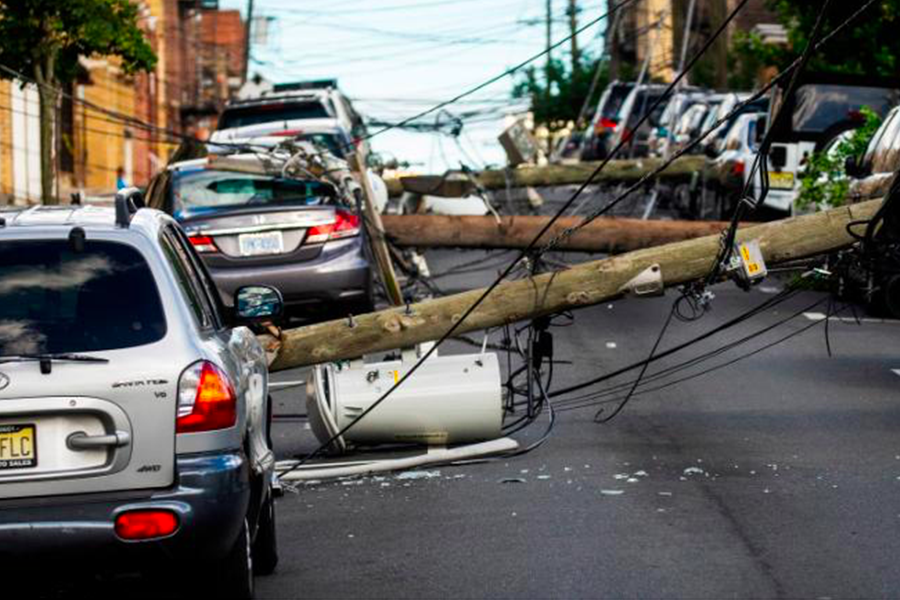 Expect the unexpected. It’s a lesson learned from past natural and manmade disasters and one that we have all been forced to contend with during the COVID-19 pandemic.

This week, Tropical Storm Isaias compounded an already stressful and challenging situation by battering the U.S. east coast, landing in North Carolina on Monday and powering up through New Jersey, New York and Connecticut. Devastation was widespread as fallen trees smashed houses, buildings, cars and blocked roads. Hurricane force winds also contributed to the mayhem by downing power lines and blowing out transformers – leaving over 2.8M people in the tri-state area without power. Isaias is being compared to the devastation left by Superstorm Sandy and has utility crews working to restore power, along with emergency response teams clearing debris and helping those in need.

It goes without saying that the loss of life and personal property damage has been devastating to the region this week. For many businesses, this was terrible timing as they have already been working hard to recover from forced closures, having to operate under limited capacities and increased restrictions due to COVID-19. However, if your business is located near a power sub-station or near the backbone of the power grid, then you will probably be included in the priority restoration efforts as utility crews work to fix the highest-use areas first.

A closer look at one such business.

Located 30-feet from a power substation, NJFX, as a carrier-neutral Cable Landing Station (CLS)  in Wall, New Jersey, continues operations on generator power under its Covid-19 Hurricane preparedness protocols. New Jersey electric utilities are assessing and prioritizing power restoration efforts and have crews working continuously. Jersey Central Power & Light (JCP&L), which serves over 1M customers in central and northern NJ, also reported that an additional 1,300 workers will be arriving today, joining nearly 4,000 resources already engaged in the restoration effort. NJFX has experienced no service-affecting impact to customers and will provide full updates when electric utility is restored. This essential CLS, is operating on generator power now, which can last for ten days. Assessing the fuel consumption levels multiple times per day, NJFX can easily resupply its fuel load with the fuel trucks that are on standby to replenish when and if needed.

“When NJFX turned to us for consultation on power protocols during the facility’s construction, we noted that the location was superior because of the proximity to an existing utility substation. During outages, utilities will prioritize restoration efforts to substations in an effort to restore power,” commented Will Steffens, Principal, Sugarloaf Associates.  “As an extra layer of security, a switch was installed on the utility distribution systems just outside the facility to isolate NJFX from impacts on the distribution system in the surrounding area. Even if there is extensive damage to the utility system in the area and the substation is energized, NJFX will be up and running.”

The NJFX team has forged strong partnerships with utility companies and local officials and is maintaining open lines of communication. Working in lock-step with local officials, and having the technical expertise needed to analyze the situation, further helps ensure NJFX retains priority as part of the restoration efforts. Thankfully, there is not the wide-spread flooding that came with Hurricane Sandy, and the roads coming into NJFX’s facility are clear. Customers, vendors and carriers are able to reach the colocation campus, which is back to operating under its Code Orange, COVID-19 hurricane preparedness procedures and requirements. In addition, since NJFX doesn’t require water to operate as do other data centers, it is not impacted by the inability that power outages cause to treat sewage.

“We are not out of the woods yet,” commented Gil Santaliz, NJFX CEO and Founder.  “But NJFX customers can rest assured that every consideration has been well-thought out and accounted for. Because of our strategic location 64-feet above sea level and outside the NY/NJ metro areas, NJFX is buffered from some of the other issues plaguing urban areas. Expect the unexpected is a motto that the NJFX was founded upon and we continue to live by that today.”