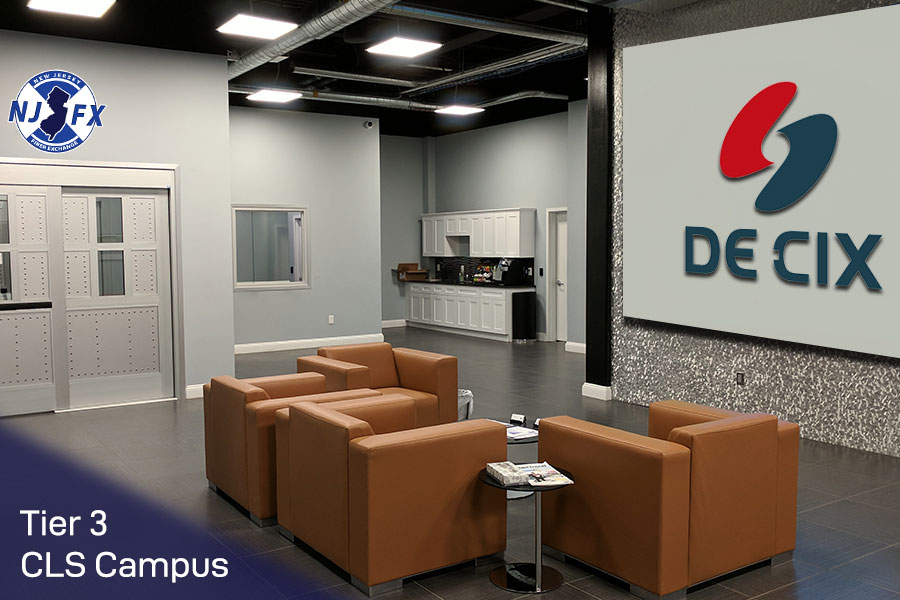 Providing premium interconnection services, DE-CIX operates a range of carrier and data center-neutral Internet Exchanges in Europe, India, the Middle East, Asia, and the U.S. The new PoP at NJFX will provide access for customers to exchange traffic so that their data can traverse directly from the U.S. East Coast to Europe and beyond, as well as up and down the East Coast U.S. corridor to the New York metro area, and to Ashburn, Virginia. Customers can also interexchange traffic across the multiple subsea cable systems available at NJFX, including TGN1, TGN2, and Seabras, in addition to HAVFRUE/AEC2 later this year.

“DE-CIX is establishing more than just a point of presence at NJFX,” comments Felix Seda, General Manager for NJFX. “With the deployment of a router to exchange traffic directly at NJFX, it decreases the hops and increases security while improving latency, and allows carriers and service providers to reach their destinations more directly.”

Currently, DE-CIX serves more than 1850 network operators, Internet service providers (ISPs), and content providers from 100+ countries with peering and interconnection services at its more than 20 locations in Europe, the Middle East, Asia, and North America. DE-CIX North America operates two IXs in Dallas and New York. DE-CIX New York is the region’s largest neutral IX and one of the top five IXs in the U.S., which features access to over 220 networks through a single connection

“For global enterprises, ISPs, CDNs and network operators, having access to diverse terrestrial and subsea options for connectivity is the coin of the realm, the foundation of their ability to reach new customers and penetrate new markets,” states Ivo Ivanov, CEO of DE-CIX International. “By establishing a presence at the NJFX CLS colocation campus, customers are now able to leverage direct, low latency routes to major U.S. business hubs in New York and Ashburn that avoid legacy chokepoints.  In addition, customers can also gain access to multiple subsea cable systems for intercontinental data exchange, including critical transatlantic connectivity to Europe. We are also seeing the LATAM market as one of the focus regions for networks we want to connect in NJFX to DE-CIX New York.”

Home to four subsea cable systems and seven independent U.S. fiber-based backhaul providers, NJFX offers a marketplace rich with fiber networks and platforms providing multiple options for route diversity, availability, reliability and security. For more information about how NJFX is creating a new model of the CLS as a hub of unprecedented capacity and connectivity, please visit www.njfx.net or contact info@njfx.net.

NJFX owns and operates a 64,800 square foot purpose-built Tier 3 Cable Landing Station (CLS) Colocation facility and 58-acre campus in Wall, NJ. This unique campus is the only carrier-neutral CLS colocation campus in the U.S supported by several route-independent carriers that offer direct access to multiple independent subsea cable systems interconnecting North America, Europe, South America and the Caribbean. The facility offers direct access to TGN1, TGN2, and Seabras. The building is the subsea cable landing of HAVFRUE/AEC2 this year as well as Wall-LI in the future. High and low-density colocation solutions are available with 24/7 support.

DE-CIX is the world’s leading Internet Exchange operator and will celebrate its 25th anniversary this year. Having started operations in 1995, DE-CIX in Frankfurt am Main is the Internet Exchange (IX) with the world’s highest data throughput at peak times, at more than 8.1 Terabits per second (Tbps). Its technical infrastructure has a total capacity of 48 Terabits.

In total, DE-CIX serves over 1800 network operators, Internet service providers (ISPs), and content providers from more than 100 countries with peering and interconnection services at its more than 20 locations in Europe, the Middle East, Asia, and North America. Further information at www.de-cix.net