WHY THE CABLE LANDING STATION MATTERS 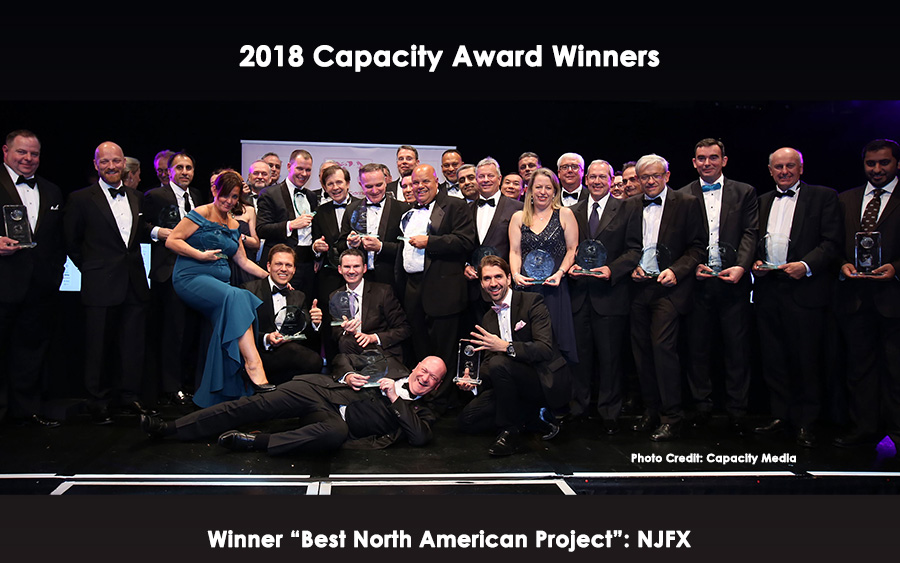 Traditionally quiet places that are seldom visited, the Cable Landing Station (CLS) is supposed to serve one purpose: a point where several hundred million dollars’ worth of subsea cable projects, representing more than 90% of the world’s internet traffic, convert to a terrestrial cable that then provides connectivity to major population centers. Normally, this traditional terrestrial cable has two routes to ensure uptime to the hub, designed that way in case one is compromised. Once it reaches the hub, it fans across an entire continent. That concept worked for decades. But today’s CLS can no longer be a passive location. It must be more than just a landing point that allows connection to a faraway hub for carriers. Today, we are building cable landing station campuses that ARE the hub itself.

The genesis of this new concept comes from the OTTs. When downtime is not an option and microseconds count, OTTs use this concept to avoid points of failure to reach their hyperscale data centers. Enterprise companies also appreciate this concept because they want 100% uptime. A Cable Landing Station campus, with a fully integrated Tier 3 colocation, can do what traditional carrier incumbents and Carrier Hotels have been doing for decades, controlling their networks in a wholesale environment, with no backhaul required, along with providing low latency and better access to connectivity globally.

Today, there are just a few unique places on the planet with direct CLS access to both multiple subsea cables and multiple backhaul routes. One is in Marseille, France. Another is NJFX at the Jersey Shore, which is rivaling Marseille in terms of the number of subsea and backhaul routes. 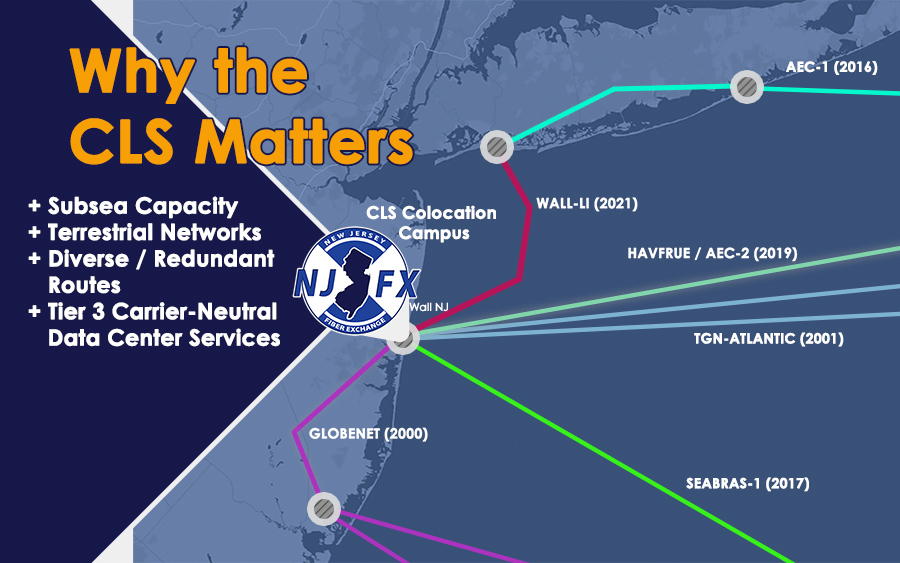 Because of its location on the edge of domestic and international networks and subsea cables, NJFX enables enterprises, financials and carriers to utilize direct routing, eliminate single points of failure and avoid typical network congestion points.

“By being a part of the NJFX ecosystem, we are able to extend our connectivity solutions for Latin America, as well as the Caribbean,” comments Luciano Salata, president and co-founder of Neutrona Networks. “This is especially important for financial firms as well as enterprises who are looking for managed connectivity to public clouds and can easily leverage our SDN-ready network. We are thrilled to be a part of the innovative spirit NJFX has created by enabling real solutions and innovative approaches with its partners.”

It is crucial to have clarity in global connectivity. In order to do that, there are now multiple terrestrial options to the CLS and then multiple subsea networks to route across oceans with diverse landings in the next continent. The availability of multiple routes both subsea and terrestrial is crucial to become a true CLS hub. A cable system cannot land at a site and be stranded with one backhaul provided. Multiple backhaul routes create truly diverse options, which in turn can allow both for collaboration, as well as competition. If one carrier is not providing necessary interconnection, with a robust ecosystem, there are half a dozen other choices.

A hub at the site of the CLS eliminates backhaul that can often cause connectivity issues. For example, a manhole fire in a city the data was never meant to visit or network regrooming on lit services due to the carrier dealing with other network issues related to outages. These scenarios are no longer acceptable. Clarity, operational independence and direct access to subsea capacity whether intercontinental or up and down the coast are the best options. Enterprises and OTTs should always know how the data flows 100% of the time.

“The carrier-neutral model at the cable hub itself is the way to move forward, in my opinion. NJFX is one of the few leaders globally with this new model of connectivity at the cable landing site. On the Nordic side, we have built the same neutrality so carriers can interconnect freely,” states Peder Naerbo, Bulk Infrastructure. “In addition to that, data center colocation facilities are very suited to being at the cable landing points as opposed to further inland. As part of the Havfrue subsea cable consortium, Bulk Infrastructure, this year, announced the launch of the Nordic Gateway at the NJFX CLS. This on-ramp solution accessing high capacity fiber networks unlocks the Nordic’s ample supply of sustainable energy, for the data center industry and bringing expanded capabilities from Northern Europe into the US.”

Legacy carrier hotels on Long Island, New Jersey and in lower Manhattan are not capable of providing this type of infrastructure model that provides interconnection to over 500 terabits of Subsea Connectivity. The NJFX Tier 3 carrier-neutral colocation campus located at the CLS does something that no other facility can: provide a viable alternative for carriers and large organizations to design resilient network architectures at a secure location and further ensure global networks stay operational.

Positioned at the easternmost edge of North America, NJFX’s HIPAA-compliant facility is the centerpiece of the very first Cable Landing Station colocation campus in North America. This location provides direct access to four unique subsea cable systems bypassing New York City and Miami, interconnecting North America, South America and Europe. Having a leading carrier-neutral colocation facility at the cable landing site has not been replicated elsewhere on the Eastern seaboard where cables land.

When the latest upgrade of cable systems was completed nearly 20 years ago, smartphones barely existed. It is important for bandwidth players to have enough redundancy built across these cable systems to support their massive bandwidth needs.

“Aqua Comms focuses its skills, talent and capital to develop submarine cables, where it often works with other large private users who seek to own modern, high-capacity, trans-oceanic fiber pairs,” states Nigel Bayliff, CEO. Aqua Comms is part of the consortium of the new trans-Atlantic cable system, which traverses the North Atlantic to connect mainland Northern Europe to the U.S. Aqua Comms is the operator and landing party in the U.S., Ireland, and Denmark, where the company will market and sell capacity services and raw spectrum on its portion of the cable system under the brand name America Europe Connect-2 (AEC-2).

Along with connectivity, security at the cable landing site is key. So much so, that U.S. cable landing sites are now under the jurisdiction of the Department of Homeland Security and considered “hardened infrastructure”. According to the Office of the Director of National Intelligence, the concentration of cable landing sites in very few physical locations and the relative ease in finding documented cable routes and cable termination points could facilitate the targeting of the submarine cable network by bad actors. Security is tight and constantly monitored.

“At NJFX, customers can enjoy direct advanced connectivity solutions to Brazil and beyond through Sparkle’s Seabras-1 capabilities,” says Federico Porri, CTO at Sparkle Americas. “As we are constantly working to provide more value and secure, diverse options for our customers, we are happy to partner with NJFX, a company that provides a very reliable and flexible environment. Such an environment where data center facilities are integrated with a Cable Landing Station is a concept that we have also developed in our Sicily Hub in Italy. This model creates a business environment that enables carriers and customers to save on investment not just in terms of backhaul connectivity but also in terms of equipment needed to light the backhaul capacity.”

NJFX Founder and CEO Gil Santaliz puts it in simple terms. “We facilitate the party, and everyone can come to the party. Our goal is to make sure everyone knows they’ve been invited!”