Why the Cable Landing Station Matters 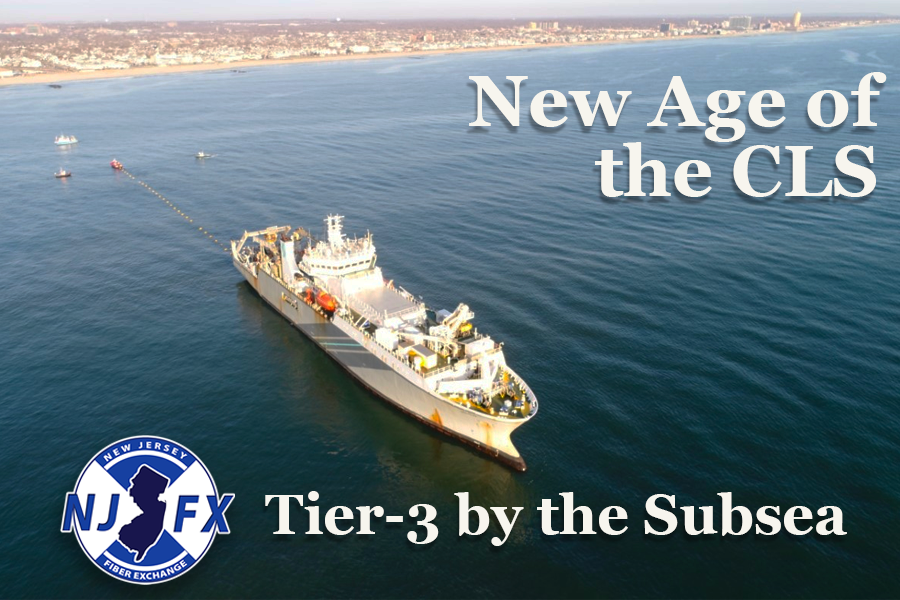 As a Carrier-Neutral Ecosystem, NJFX Brings Together a Variety of Carriers and Service Providers That Enable So Much More For End-Users

A Cable Landing Station (CLS) colocation campus in the U.S., offering Tier 3, carrier-neutral data center capabilities — providing direct access to multiple independent subsea cable systems connecting North and South America, Europe and the Caribbean — is an entirely unique facility in the world of information and communications technology (ICT) with singular attributes and capabilities. Especially as content and application requirements continue to push the need for data to be closer to the edge, such a CLS colocation campus is essential in providing strong interconnections between customers, partners and transcontinental subsea cable systems.

“For global enterprises, ISPs, CDNs and network operators, having access to diverse terrestrial and subsea options for connectivity is the foundation of their ability to reach new customers and penetrate new and emerging markets,” commented Gil Santaliz, CEO for NJFX. “Moreover, by establishing a presence at the NJFX CLS colocation campus, customers can leverage direct over 12 terrestrial routes to major North American destinations and avoid unnecessary legacy network bottlenecks. In addition, NJFX customers can also gain access to four subsea cable systems between continents for the best intercontinental data exchange, including critical transatlantic connectivity to Europe & South America.”

“By establishing a presence at the NJFX CLS colocation campus, customers are now able to leverage direct, low latency routes to major U.S. business hubs in New York and Ashburn that avoid legacy chokepoints,” stated Ivo Ivanov, CEO of DE-CIX International. “We are also seeing the LATAM market as one of the focus regions for networks we want to connect from NJFX to DE-CIX New York.”

Why are these connectivity and interconnection capabilities now more important than ever?

If the recent months have taught us anything, it’s that a surge in digital services usage places tremendous pressure on the internet to be able to handle the rise in traffic volumes and shifting patterns of demand that can potentially affect the end-user experience. To give but one example of how this has affected communications providers, in March, as internet users began staying home to work, study and self-entertain, one major carrier saw a 20 percent increase in web traffic in a single week. Virtual Private Network (VPN) usage went up 49 percent, while video rose by 36 percent, and online gaming increased 115 percent.

CenturyLink, which offers an extensive global fiber network, including approximately 450,000 route miles of fiber and a network serving customers around the world, recently established a point-of-presence (PoP) at NJFX. The carrier provides an underground terrestrial fiber network, linking key routes across North America. This is just one more example of the advantages of a CLS colocation campus with carrier-neutral data center capabilities that brings together a variety of communications and service providers that enable so much more for end-users

“Establishing a point of presence at NJFX allows CenturyLink customers close proximity to data, decreasing network latency, along with delivering smart options to further diversify and plan their international connections with clarity and accuracy,” commented Warren Greenberg, vice president and general manager for CenturyLink in NYC, NJ and CT. “We look forward to offering our services suite at the NJFX campus and to our enterprise customers.”

Rather than a gradual evolution, COVID-19 has accelerated the digital transformation efforts of many enterprises virtually overnight. Moreover, with IDC predicting that global data traffic will increase 61 percent by 2025 to reach 175 zettabytes, up from 33 ZB last year, we can reasonably anticipate that the demand for networking, compute, and storage capacity will remain high, especially as more and more next-generation technologies such as AI, IoT, and AR/VR applications become mainstreamed, and 5G sees wider adoption.

Faced with these current and future challenges, a CLS colocation campus that serves as a network interconnection point at the easternmost edge of North America enables companies to design and construct the most efficient network for their business and ensure the delivery of high-bandwidth content and applications to serve end-customers. NJFX offers an ecosystem rich with fiber networks and platforms providing multiple options for route diversity, availability, reliability and security.

Because of its location on the edge of domestic and international networks and subsea cables, this enables enterprises, financial services organizations and carriers to utilize direct routing, eliminate single points of failure and avoid typical network congestion points.

Recently, Epsilon connected its network backbone to NJFX’s facility, extending its software-defined networking (SDN) platform, Infiny, to offer the ability to bypass New York entirely. Epsilon customers can connect directly to Europe from NJFX via the Transatlantic Bridge, including the TGN cable as well as the Havfrue (AEC2) cable when it becomes ready for service.

“NJFX is a pivotal data centre for transatlantic traffic,” said former Epsilon CEO Jerzy Szlosarek. “With multiple transatlantic cables coming directly into the NJFX facility, connectivity can happen right at the edge, without legacy bottlenecks, and can then continue across North America via the complete Epsilon network.”

The Flexera 2020 State of the Cloud Report recently revealed that the most common multi-cloud approach among enterprises is a mix of multiple public and private clouds. NJFX’s ability to offer streamlined access to CSPs is especially significant in view of the fact that cloud-first policies and cloud migration are top-of-mind among enterprises, which are rapidly increasing cloud spend and workload volumes, according to the report.

You can check out the other articles in the Why CLS Matter series in the links below: